How much is switchover worth?

Who will benefit from digital switchover, and how much are these benefits worth?


Who will benefit from digital switchover, and how much are these benefits worth?

Leaving aside the benefits to the consumer of having more television choice, it is interesting to follow the trail into the future.

After switchover, other countries will still be using the 8Mhz bands for analogue television, and this may effect any timescales after switchover.

It may then be possible to use "single frequency networks" to broadcast the channels, but this may not work with the UK's complex terrain.

So everyone who has TV now (with about 200,000 exceptions) will get three multiplexes, and most people will get all six.

Switching transmission mode to 64QAM on four multiplexes will create the same amount of transmission bandwidth as a seventh multiplex.

If Freeview can afford the deallocated channels it would be possible to add lots of single frequency networks, in theory.

In the US they use 128QAM mode, but this would stop the 10 million existing Freeview boxes working.

The design of the COFDM signal would allow Freeview transmissions to occupy consecutive frequencies, and (in single frequency networks) the same frequency on adjacent transmitters. Probably.

"Multiplex" is the name of the datastream that carries digital television. It provides bandwidth (from broadcaster to viewers) that can be used to carry any number (usually six to eight) television channels. Depending on the mode used, a digital terrestrial multiplex provides 18Mb/s or 24Mb/s.

Each multiplex occupies 8 MHz of a "frequency" in the range 470-854 MHz. These are the same frequencies that were used for analogue television.

The values provided by this page are for a nationwide 1Mb/s/annum on Freeview at 4 million at today's prices. This is based on the 12 per year that Channel 4 paid for 3Mb/s/year in late 2005.

De-allocation of frequencies from TV

By the end of the switchover process, the 14 channels will be de-allocated from television use, worth 1.344 billion per year as DTT capacity. The other frequencies, C36 is used for Radar and C38 is used for Radio Astronomy

Post shutdown the frequencies used for each multiplex will be as shown on this graph. 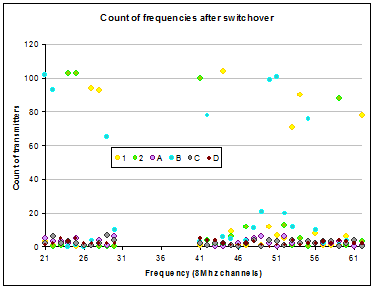 From this we can produce a list of frequencies and multiplexes for the services after the analogue television is removed from the network. 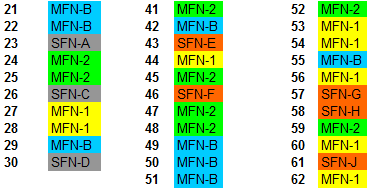 After switchover is complete, it will then be possible to use a single frequency nationwide for some of the multiplexes. To do this requires advanced timing technology, and results in an efficient use of the channel space available. 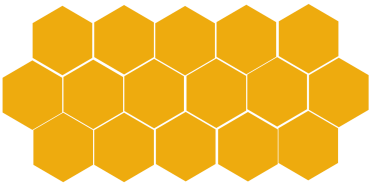 However, to work as a single frequency network requires that the same programmes are carried nationwide. This makes it unsuitable for multiplexes 1 and 2 that carry regional programmes and adverts.

The effect of a single frequency network on bordering countries (such as France, Holland, Netherlands and Ireland) analogue and digital networks will mean they cannot be implemented until switchover. 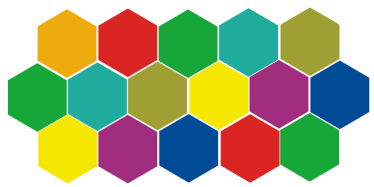 To provide the regional television networks, multi-frequency networks are required. These use eight channels in order to ensure that no two transmitters have overlapping regions using the same frequency for transmission of the channel variation.

Reconfiguration to SFN of A, C, D

Ofcom would be able to create five 24Mb/s nationwide multiplexes with a notional value of 480 million per year.

As the BBC's B multiplex does not carry regional programming, conversion of this network to SFNs would generate an additional seven 24Mb/s multiplexes. This value of this would be 672m per year.

As the only two regional services on multipex 2 are itv-1 and Channel 4, it would be possible to swap these services for bandwidth on multiplex 1.

This would also create seven 24Mb/s multiplexes, worth a notional 672m per year.

Help with Freeview, aerials?
[][][
In this section
CommentsYour comment please