It is interesting to see the amount that the TV Licence has cost over time.


In response to questions posted on another page, we calculated the cost of the BBC Licences over the years. The first graph, however, shows the percentage of homes with a television, a colour television and finally digital television from 1946-2008. 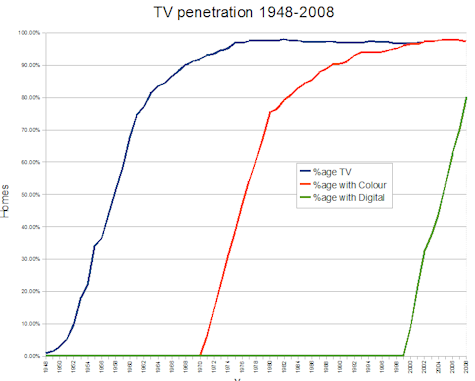 This main graph (click to view full size) shows the cost of the various licences, adjusted using the Retail Price Index to 2008 prices. 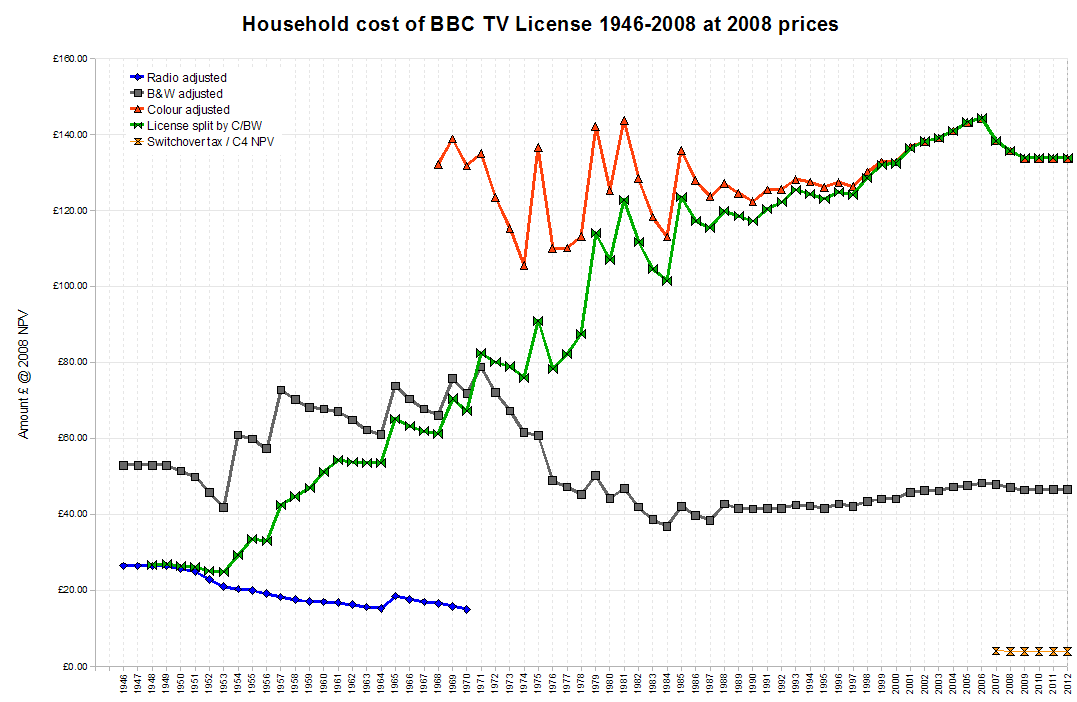 In addition, the graph shows the projected levels of the "TV Tax" until 2012.

Help with TV/radio stations?
[][][
In this section
CommentsYour comment please