Digital UK, nice new site, shame about not knowing about FIVE 98.5% after switch

Seems like Digital UK, the co-ordinators of the great switch-off, don't know which channels people are going to get .. and misleading the Lib Dems?


It was quite a shock last week when Digital UK - Home updated their website at exactly the same time as UK FREE TV.

But, as we have seen with the story in the Guardian yesterday, Digital TV switchover will hit rural viewers - Media - The Guardian , Digital UK didn't seem to know that five and S4C would move multiplexes.

The story followed this Liberal Democrats - TV switchover - Don't lose the remote, Moore tells government , which got the MPs involved.

So, we then learn today that there is a sudden announcement of Channel Five signs deal with BBC to extend rural reach via Freeview - Media - guardian.co.uk , even though, as I have pointed out elsewhere, UK FREE TV has known this for many years, Freeview Lite? - ukfree.tv - independent digital television and switchover advice, since 2002 being dated January 2006.

This is a little embarrassing for the organization coordinating switch-over, and also for MP Michael Moore who has been campaigning.

Will Lib Dems be asking some questions about Digital UK now? 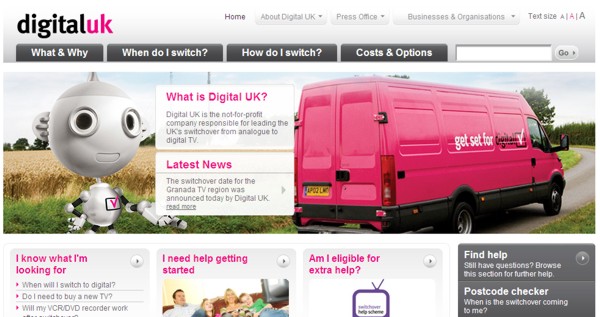