Emma Scott, Managing Director of the subscription-free digital satellite television service Freesat, took the top prize in the media category at the First Women Awards, held at the Marriott Hotel in London on June 11th.

The annual awards, founded in 2004 by the CBI and Real Business magazine, celebrate the achievements of women who are trailblazers and pioneers in business, across sectors including media, finance, business services and manufacturing. Also nominated in the media category were Yasmin Jeetha, COO of the Financial Times and Carol Stone, MD of YouGov. The award comes in the same week that Freesat won 'Best New Brand or Business' at the Marketing Society Awards for Excellence. 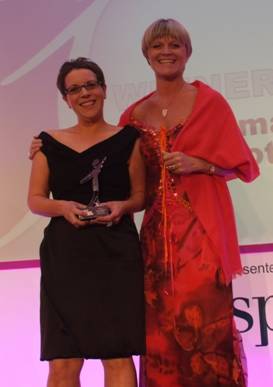 Emma comments "It's important to recognise the achievements of women in business everywhere. So to receive this prestigious award is a real honour, especially when Jetha and Carole are such exceptional women. I couldn't have won this award without the support of many great people during my career - and now thanks to our shareholders, the BBC and ITV and the fantastic team at Freesat who have worked incredibly hard to make the service such a brilliant success in only its first year."


Help with Free satellite?
[][][
In this section
CommentsYour comment please