It has always been a great disappointment that the full radiation patterns for transmitters are not published by the transmitter companies.

A few weeks ago, I used the Freedom of Information Act to request this information from the BBC.

And, very kindly, they have provided it all!

This will mean, when I have processed the data, to be able to provide improved prediction maps and other facilities on the site.

I'll be posting more about what this data means in the next week. However, if you want to look at the raw information yourself, it can be downloaded here as a ZIP file (10.2MB).


All questions
[][][
In this section
Comments
A
Andy Mabbett
12:06 PM
Birmingham
We should lobby the BBC to release this data, and keep it updated, as open data on their own website.

Briantist's 38,844 posts
M
Mike Dimmick
sentiment_very_satisfiedPlatinum
1:17 PM
I finally got around to actually plotting all the post-switchover data:

I haven't done anything with the beam tilt data. For the 3D patterns I've simply used the angle with the least attenuation.

Mike Dimmick's 2,486 posts
Briantist
sentiment_very_satisfiedOwner
7:00 AM
Mike Dimmick: Thanks for those, they look very nice. I personally got rather bogged down in trying to show them in 3D.
Which looked like this: 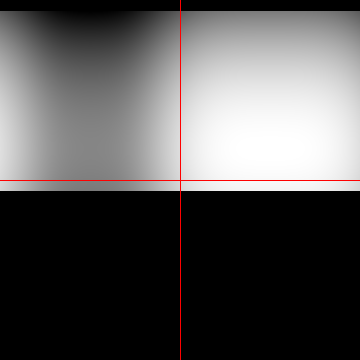 Briantist's 38,844 posts
J
Justin Smith
sentiment_satisfiedBronze
11:49 AM
Brian, I think you did really well getting this info, and I think Mike`s done a really good job on the radiation pattern graphics.
It`s such a pity that the main TXs aren`t included. However I was talking to a contact at Ofcom just the other day and he couldn`t really think of any reason for their censorship. He speculated that the reason for their omission could have been that the international interference avoidance agreements may not have been made then, but they have been now. Thus they may now be available if you asked again. Do you think there`s any chance you could do anything on it ?
Justin Smith

Justin Smith's 41 posts
Andy Fraser
sentiment_satisfiedBronze
12:23 PM
Why is some of the data still redacted? Hannington in my case.

Andy Fraser's 53 posts
Briantist
sentiment_very_satisfiedOwner
1:41 PM
Andy Fraser: It was redacted at the time of the request, they don't provide the information for you later, so I will have to make another request for it.

Briantist's 38,844 posts
Andy Fraser
sentiment_satisfiedBronze
5:26 PM
Fleet
Sorry, I misunderstood; I thought this was an updated reply to your FoI request.

Andy Fraser's 53 posts
M
Mike Dimmick
sentiment_very_satisfiedPlatinum
11:04 AM
I have now also uploaded the 25 pre-switchover patterns. Three of these are odd:

There were data files for 9 channels at Hemel Hempstead and 12 channels at Malvern. The extra channels were used before the equalization programme in 2000! While Hemel still uses three of the same channels, the newer plots have a comment "New 8 lambda antenna carrying all DTT" so I'm assuming the old plots for those channels were overwritten, and have only plotted the three that fell out of use.

The third oddity is that there is a pattern for Sheffield on C35. As far as I can tell, Sheffield has never broadcast anything on C35. I've uploaded it anyway.

I have not mapped channel to multiplex on these plots as this data set doesn't include it.

Mike Dimmick's 2,486 posts
Briantist
sentiment_very_satisfiedOwner
9:07 PM
Mike Dimmick: Thanks for doing all of those.

I have now - after some considerable copy and pasting - linked the images into the transmitter pages for these 853 transmitters:

The 281 transmitters without radiation patterns are confirmed as: