I went to school with the alleged serial killer

Well, how about that? I used to go to Queen Elizabeth Grammar School in Wakefield, and I'm a year older than Stephen "Shawn" Griffiths.


I had heard about the awful murders of three women in Bradford on the news, but I had not though to pay it too much notice.

However, it was brought to my attention that the alliterative Crossbow Cannibal's:

enthusiasm for knowledge helped to earn him a place at Queen Elizabeth Grammar School in Wakefield, a prestigious independent school which boasts that it 'exists to nurture respect, responsibility and the achievement of excellence

The school confirmed yesterday that Griffiths attended for three years until 1986, making him a few months short of his 17th birthday when he left. (PhD student Stephen Griffiths tells court his name is 'crossbow cannibal' - Mail Online)

So, basically I went to school with a serial killer! Allegedly. 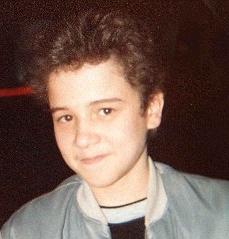 There were some more reports in the papers over the weekend.