Digital UK has announced the date when the 4,854,895 homes in the London TV region, based around the Crystal Palace transmitter will switch to digital-only transmission.


The first date is Wednesday, 4th April 2012, when the BBC TWO analogue service closes, and the BBCA multiplex starts broadcasting.

The second date is Wednesday 18th April 2012, when BBC One, ITV 1, Channel 4 and Channel 5 close on analogue and the rest of the digital services start broadcasting, including Freeview HD from all transmitters. 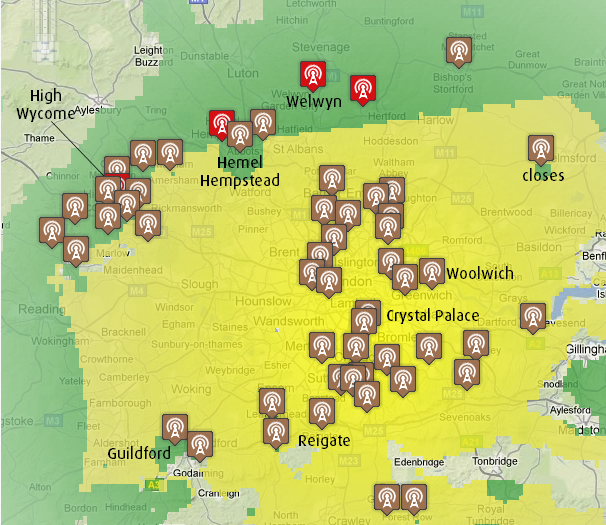 The two Channel 5 analogue transmitters at Croydon and Chelmsford will no longer be providing television services.

Crystal Palace, Guildford, Hemel Hempstead and Reigate will have the full complement of commercial multiplexes.

It is worth noting that the dates "announced" yesterday are in line with those that have been on UK Free TV since 2007. UK Digital switchover simulation - ukfree.tv - independent digital TV and switchover advice [2007].


Help with Freeview, aerials?
[][][
In this section
Comments
D
David
sentiment_satisfiedGold
9:19 AM
I have a Panasonic 2008 Freesat TV set, is anyone with a Panasonic Freesat TV getting the CH4 HD program on Other Satellite setting of 12607 Vertical?
Thanks