If you live in the Rowridge (Southampton, Portsmouth, Poole, Worthing) and Whitehawk Hill (Brighton and Hove) transmitter areas your digital switchover starts this week


This week sees the first stage of the digital television switchover for 721,393 homes in Hampshire and West Sussex plus the 118,500 homes in the city of Brighton and Hove.

From 6am Wednesday 7th March 2012, you must perform a "first time installation" retune (sometimes "Factory Reset" or "Shipping Condition") on your Freeview box or television set if you use the Rowridge, Salisbury or Whitehawk Hill full service Freeview transmitter.

This is because the old low power "multiplex 1" BBC service will be replaced by the high power BBCA multiplex on the old analogue BBC TWO frequency:

On Wednesday 7th March 2012 if you use the Bevendean (noon), Bovington (noon), Brading (noon), Brighstone (noon), Brighton (Central) (noon), Canford Heath (2pm), Cheselbourne (noon), Coldean (3pm), Corfe Castle (9am), Donhead (6am), Findon (9am), Hangleton (noon), Horndean (9am), Luccombe (9am), Lulworth (noon), Luscombe Valley (9am), Millbrook (noon), Ovingdean (3pm), Patcham (9am), Piddletrenthide (3pm), Poole (6am), Portslade (9am), Poulner (11am), Saltdean (9am), Shrewton (9am), Singleton (6am), Sutton Row (9am), Till Valley (noon), Ventnor (9am), Westbourne (noon), Winterbourne Steepleton (9am), Winterbourne Stickland (9am) relay transmitters you will be able to receive the BBC Freeview services (with the exception of HD) for the first time, and you will no longer be able to view BBC TWO on analogue. 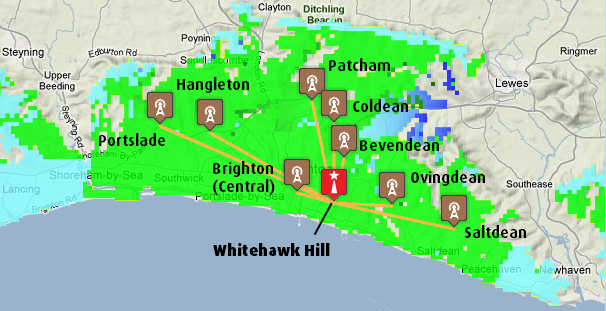 Another common problem at switchover is the increase in signal will overload amplifiers and over-the-top aerial installations. If this is the case you will have to remove the booster or amplifier from the system, or perhaps fit an attenuator if you have no amplification. - see Freeview signals: too much of a good thing is bad for you. 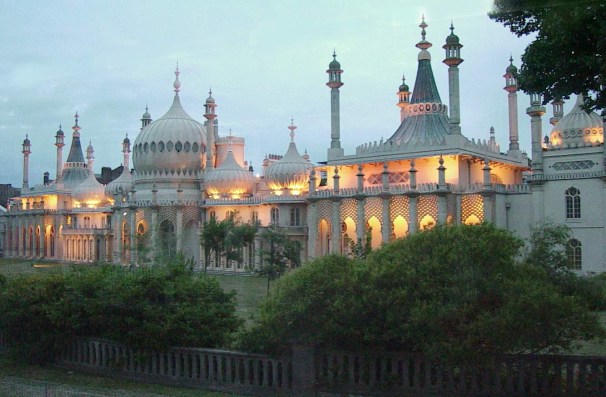 On Wednesday 21th March 2012 will see the second stage of switchover, which provides the final Freeview configuration, including Freeview HD for all transmitters in this region.

On this date, you will need, once again, to do a "first time installation" as indicated above.

If you are over 75, you should already have been supplied new equipment by the Switchover Help Scheme.

Help with Freeview, aerials?
[][][
In this section
Comments
T
trevorjharris
sentiment_satisfiedGold
11:01 AM
Just a thought may be your amplifier is overloaded with the stronger signal. Amplifiers should only be used to compensate for long aerial leads and not low signal strength.

trevorjharris's 367 posts
A
Alf Martin
12:32 PM
Poole
I am in the Poole Dorset area and have always beeen told we are in a non-freeview area ! That being said, we found a weak signal, and with the help of a competant aerial engineer combined with loft aerial & mast head amplifier (we are not allowd roof aerials) we obtained a watchable signal. Am I correct in thinking that this will improve when the digital signal power level is increased (x 10 ?). I want to upgrade to HD.

Alf Martin's 2 posts
A
Alf Martin
12:50 PM
Poole
I am in the Poole Dorset area and have always beeen told we are in a non-freeview area ! That being said, we found a weak signal (Rowbridge), and with the help of a competant aerial engineer combined with loft aerial & mast head amplifier (we are not allowd roof aerials) we obtained a watchable signal. Am I correct in thinking that this will improve when the digital signal power level is increased (x 10 ?). I want to upgrade to HD.

Alf Martin's 2 posts
A
Allan Isaacs
2:42 PM
An amplifier is always second best to a decent aerial Alf, But in a loft you may need both as the roof can reduce signal strength by up to 100 times.
I think you may just be about OK for HD with your current setup. Wait and see.

Without an amplifier we couldn't receive Freeview either, but once the switchover started and signal strength of digital increased the amplifier should not be needed.
The current problem is Channel 30. Previously, because of adjacent channel interference, from BBC1 analogue in Channel 31, Channel 30 digital transmission was moved downwards in frequency.
Unfortunately, Channel 30 is now on its correct centre frequency and is too close to the huge BBC1 analogue transmission on Channel 31 which is swamping our digital signals on Channel 30.
I could try removing my amplifier which will probably fix the problem by lowering the skirts of Channel 31, or twist the aerial towards vertical polarisation to reduce analogue signal which is horizontally polarised, and get digital which is transmitted on both horiz & vert in its vertical mode.
I imagine this will reduce the analogue signal by up to 30dB (up to a thousand times less) while maintaining a decent digital signal.
However I understand the signal on Channel 30 is going to move once again soon, and BBC1 analogue will be switched off in April anyway, so I may not bother getting out the ladder etc.

Allan Isaacs's 15 posts
A
angela
9:15 AM
ilive in findon valley worthing & since the start of the switchover on wednesday 7th march i retuned my upstairs tv & can only get a lot of bbc channels.....no itv`s at all?

angela's 1 post
Dave Lindsay
sentiment_very_satisfiedPlatinum
9:30 AM
angela: Only BBC services are broadcast in digital at the moment. The others will follow on 21st March. Until then, you will have to view Meridian and Channel 4 on analogue.

Dave Lindsay's 5,724 posts
C
Carole
6:49 PM
Worthing
Dave: just wanted to say thank you for your assistance. We completed a Factory Reset on our tv and for the first time in 15 years had a fantastic, crystal clear picture in the kitchen :-). Tv aerial is pointing at the Findon transmitter, so waiting for stage 2 on 21st, but thrilled with current position. Thx

Carole's 6 posts
S
sally
7:57 AM
After 7 March I retuned my TV and everything was fine. Since 21 March I have tried to retune both with and without an amplified ariel and the tv can't find any channels. Any idea what I can do?

sally's 1 post
F
Frazer Palmer
8:22 PM
Worthing
Bbc one south is back on Freeview from the whitehawk transmitter. i hope this is permanent or else give us two slots for BBC one - south- and - south-east - so we have a choice!