Ofcom today have picked the winner from the four bids to run the Freeview local television service for Newcastle.


Ofcom has selected Made Television Ltd to run local television for Newcastle.

Made Television will run their service "Made in Tyne and Wear" from the Pontop Pike and Fenham transmitters from 2013.

The service will appear as channel 8 for Freeview viewers.

Find out more about local TV in the UK on the Local television on Freeview page. 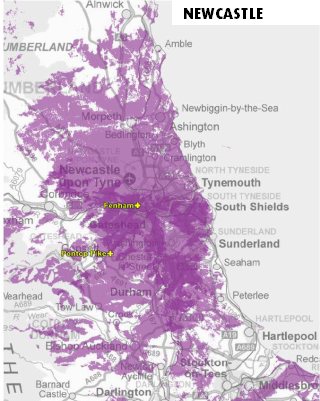 
Help with TV/radio stations?
[][][
In this section
Comments
W
wenski
9:04 AM
Leigh-on-sea
can not get film 4 on my freeview tv have tried tuneing it in several times i am in essex ss9 5hg postcode

wenski's 2 posts
Briantist
sentiment_very_satisfiedOwner
12:15 PM
wenski: You are not predicted to have easy reception of the ArqB (or "COM6") multiplex at your location.

Do you have a rooftop aerial pointing at the Sudbury transmitter?

There is a plan to extend local DAB to Salisbury - http://stakeholders.ofcom….pdf - but no timing at the moment.