The invention of radio - as a podcast

If you are interested in knowing something about the early history of the wireless, listen here.


Melvyn Bragg and his guests discuss the invention of radio.

In the early 1860s the Scottish physicist James Clerk Maxwell derived four equations which together describe the behaviour of electricity and magnetism. They predicted the existence of a previously unknown phenomenon: electromagnetic waves. These waves were first observed in the early 1880s, and over the next two decades a succession of scientists and engineers built increasingly elaborate devices to produce and detect them. Eventually this gave birth to a new technology: radio. The Italian Guglielmo Marconi is commonly described as the father of radio - but many other figures were involved in its development, and it was not him but a Canadian, Reginald Fessenden, who first succeeded in transmitting speech over the airwaves.

The Invention of Radio 04 Jul 13 (from BBC - Podcasts and Downloads - In Our Time With Melvyn Bragg). 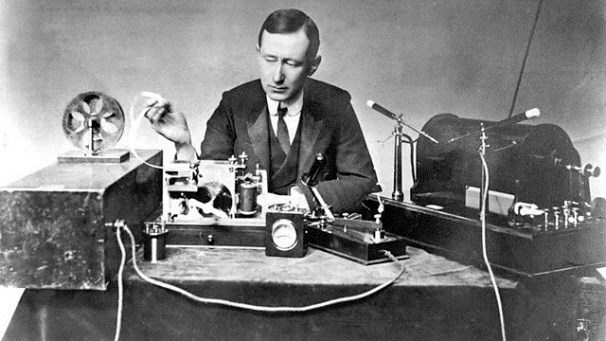 Simon Schaffer, Professor of the History of Science at the University of Cambridge.

Elizabeth Bruton, Postdoctoral Researcher at the University of Leeds.

John Liffen. Curator of Communications at the Science Museum, London.


Help with TV/radio stations?
[][][
In this section
Comments
P
Phil
sentiment_satisfiedBronze
7:36 PM
Scarborough
Listening now. Thanks for posting about this.

Phil's 39 posts
Andrew Brown
sentiment_satisfiedBronze
10:21 AM
Cinderford
This is really interesting!!! Didn't know a lot of what is said here