The Evolution of the Connected Home

There is an awful lot of talk at the moment regarding The Connected Home and, specifically, its current impact on consumer electronics installation and connectivity and how it is likely to evolve further. 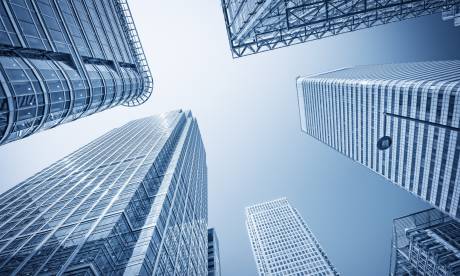 Many television reception products now not only receive an off-air signal from an antenna but also require an internet connection to enable full operation. The retail stores are awash with Smart Televisions and STBs with "Catch Up" television facilities that require an internet connection and most homes are now "broadband enabled" with the ability for their internet ready equipment to be connected to the household broadband router and received streamed video and audio content from an OTT, IPTV or iPlayer source.

For all those television installers and engineers out there who remember C&G 224, the typical large screen television installation a couple of decades ago usually involved connecting to a VCR and receiving four or five television channels; back then "Catch Up" TV was when you pressed the fast forward button on a recording that you were watching! Now, we have to be smarter, not just the televisions.

But it is not rocket science is it? We still need a conventional RF signal (for now) to be received by an antenna (for now) to receive the bulk of the signal. Whether this will be the case for the next couple of decades is a matter of conjecture with the possibility that more content will be streamed via the internet. It is not inconceivable that at some stage, all content may be received this way.

This means that we are likely to see some further, major changes to how we watch television over the next decade and beyond and that we need to develop our skills and knowledge and to be better aware of what is in store; and let us be clear, where we are at the moment regarding the connected home is likely to be just the beginning! As things develop further, the consumer (and probably ourselves) may require some distinction and definition between products regarding operability, connectability and installation.

With this in mind the RDI have devised and are proposing that we start to adopt and implement a tiered structure regarding advanced CE products to enable them to fall into one of the following three categories: Connected Home Products, Smart Home Products and Ultra Home Products with proposed definitions for each below;

A product that can be part of the Connected Home can be defined as a consumer electronic HD product that has built in internet capability and the ability to digitally communicate with other CE products via a computer network in a hassle free and accessible manner. This would cover all high definition television viewing products that have network capability including; HD televisions, STBs, games consoles, Bluray players, PVRs etc.

A product that can be part of the Smart Home can be thought of as an Innovative, Connected Home product that has advanced capabilities including monitoring, operation and/or control of other networked products, wifi capable and able to seamlessly connect to smart gadgets such as cameras, smartphones, tablets etc. This would cover products such as; Smart Televisions, 8th generation games consoles (PS4, Xbox One etc), basic home automation systems etc.

The final category is only just emerging and really does not need an introduction as the title of Ultra Home Products gives it away! A product that can be part of the Ultra Home is a Smart Home product that is mega screen, Ultra HD capable and encompasses emerging, future ready technologies. Typical products obviously include UHD televisions (4K and 8K mega wide screens) and other UHD devices but could also include THX audio systems, advanced automation systems, Telehealthcare and other high-tech, high-spec equipment.

These categories are formative at the moment but we want to get the ball rolling as, in a few years time when UHD hits us (and probably many other high tech products!), consumers and installers will have even more products to purchase and install and clarity will be required on the functionality of these products and how to install and operate them.

The last 10 years or so of watching television has been described as a revolution, but it is not revolution now; it is evolution!


All questions
[][][
In this section
Comments
M
Mark
8:14 AM
The last 10 year's a revolution. A handful of extra channels on freeview slow broadband the Cotswolds isn't part of the revolution nor forest of dean etc etc. Last to see a trickle of benefits if they ever come and probably lots of other areas too, stop generalizing that everyone will benefit because we don't!

Ian's 497 posts
J
john Martin
sentiment_satisfiedSilver
3:46 PM
Where the money is always gets the latest advances first. For instance in our village we can get 38 mbs broadband because we go through BT cable/copper wire.
But if we had cable the whole way we could get 150mbs. But no chance of that because we are a poor little Yorkshire village and no money floating around

john Martin's 103 posts
Briantist
sentiment_very_satisfiedOwner
4:08 PM
john Martin: perhaps. I live in London. I am 20 minute from my house by tube to king's cross. In a building that's not even two years old. We have 8 megabits per second.

Briantist's 38,844 posts
MikeP
sentiment_very_satisfiedPlatinum
8:21 PM
I'm in a rural part of Wiltshire in a small hamlet (too small even to be a village) and we have overhead copper wires- yes, they're copper according to my friendly Openreach engineer. We do get a sort of broadband that varies between 1 Mbps and 3 Mbps - Openreach don't know why it varies so much!
So we don't benefit from anything that some do and I agree we should not generalise as much as some like to do.
Plus we don't hold out any real hope of improvements even though we are in an 'intervention' area. Our exchange is still 20CN so not even ADSL2 capable.

MikeP's 3,056 posts
Andy
sentiment_satisfiedBronze
6:05 PM
I am in Cinderford in the Forest of Dean and I can get 80mbps on fibre! It's not all bad! In a place called Yorkley they are getting fibre direct to property!
I must admit I do a lot of satellite broadband in the Cotswolds!


Andy's 57 posts
M
MikeB
sentiment_very_satisfiedPlatinum
11:06 PM
Andy: Steve Cannon's article is avery good overview of whats happening in Smart TV's, but there are some barriers to the possible trajectory of whats outlined above.

The first, judging by all the above comments, is broadband speed and penetration! Its doesn't matter how smart your kit is if you have such slow speed that all you see is a little buffering circle. And, looking at the Guardian yesterday, Your call is important to us. Please hold on for the next nine months | Money | The Guardian , just 5 miles from the centre of London you can still not get decent service. And even though government wants us all to have 2mb as a minimum, thats barely enough for Iplayer, and certainly not enough for the sort of use that an average family will be wanting in five years.

Smart TV's are now standard. Certainly my employer is stocking nothing else this year, but what I suspect is happening is that a lot of people are not using many (or any) of those features that already exist on their TV's, etc. A lot are not even linked to the net (and since they now all have wifi, its not even difficult), and when they are, perhaps Iplayer and little more is used.

I'm also noticing that some manufacturers are pulling certain features that you would have thought would be a saleable feature. Samsung, for instance, is to stop including a Skype camera as part of their 7000/8000 series (apart from one or two). Samsung were the first to include this feature a couple of years ago, and even Sony has finally included one on their lovely W955 series. For some of my customers, it was actually useful (unlike the motion sensor technology which the camera could use). So I'm wondering if manufacturers are looking more at what people will use, rather than just adding new features.

Since people still watch 90% of their viewing live, some 30 years after the VCR became almost universal, I'm wondering if ' Telehealthcare' will be something that many people will use.

UHD TV is the next step, but there is a chicken and egg situation. Until UHD sets fall to such a price where there is a mass market (thus bringing economies of scale), or whether there is enough content available to warrent buying a set, they will be only for the early adopter. True, a 55in 4K is available for £2799 at present, and that might fall in the next year, but we need content as well (as well as a universal standard for 4K!). It will be interesting to see what happens during the World Cup, and what sports broadcasters do. And of course, if 4K is to available via demand services, will broadband speeds be fast enough to allow it?

I think the phrase 'consumers and installers will have even more products to purchase and install and clarity will be required on the functionality of these products and how to install and operate them', is very true. Its going to be interesting!


MikeB's 2,579 posts
J
john Martin
sentiment_satisfiedSilver
1:47 PM
I remember hearing a PM saying 30 years ago saying to the companies running our phones etc that we needed to have fibre optic cable everywhere in 10 years time. Now 30 years on we are still waiting.

john Martin's 103 posts
Briantist
sentiment_very_satisfiedOwner
2:56 PM
john Martin: In fact there *IS* fibre optic everywhere. The whole of the backbone network (the SDH) was converted to fibreoptic a couple of decades ago.

If you have a non-domestic data need, then you've had fibre optic put into your premises for about the same length of time. ASDL30 was always delivered using 8Mb/s, enough to supply 4xASDL30 services.

Most of the "cable TV" network uses fibre to the street hub. The coaxial cable that connects the hub to the house has plenty of available spectrum to delivery 100s of megabits per second, so Virgin probably have fibre within tens of meters of your home.

The same is true for the BT Infinity is the same idea: the fibre gets to a cabinet near your home and the data is sent down two copper pairs (like 100BT ethernet). Again, this is probably has fibre within range of your home. However, BT Infinity requires putting in new copper to your house.

For everyone else: it's ADSL and ADSL2: the link is a single copper pair from the exchange to your home.

If you don't mind me criticizing her a little, Mrs Thatcher got it wrong here: when she forbid BT from providing "entertainment services" over the BT network until 2002 - to protect the "new cable companies" - it stopped BT running the fibre-to-home that they wanted to do. They had a fully running interactive TV service running in 1995. BT Archives


Briantist's 38,844 posts
MikeP
sentiment_very_satisfiedPlatinum
7:32 PM
Briantist:
Not all the backbone is fibre optic, just the major trunk connections and a growing number of links to sub-exchanges. Openreach are still laying new fibre in our general area to let them replace copper as the link between exchanges - lots still to do yet.
Though our own phone lines are copper, many newer areas had aluminium laid as it was cheaper - but has higher resistance so higher attenuation over longer distances.