Will we ever have Freeview Ultra HD or Freesat Ultra HD?

You can already buy Ultra HD television sets in the high street. If I buy one, how long will I have to wait for Freeview and Freesat to broadcast my favourite shows in the better format? 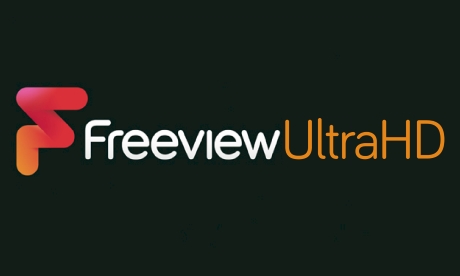 What is Ultra HD all about?

By increasing the number of picture cells (pixels) on the television screen, the overall watching experience can be enhanced.

There are five things you need to watch in Ultra HD

A TV set that can display Ultra HD pictures

For a television set to count as "Ultra HD" is must be able to display pictures at a resolution of 3840x2160 pixels.    As the former number is around four thousands, this is sometimes called "4k TV".

This means each image has 8.3 megapixels (million picture cells) which is four times that of a "Full HD" screen and a massive 20 times a standard definition picture (as found on most TVs). 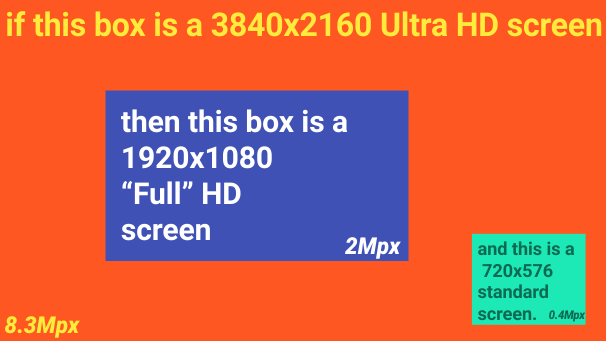 The problem with trying to deliver 8 megapixels as moving images is the amount of data created.  It is necessary to move on from MPEG4 compression to a new standard called HEVC (High Efficiency Video Coding)[3].

This means that existing consumer hardware (set top boxes or in-screen hardware) cannot decode HEVC.  Modern computer hardware with an operating system that uses software "codec" may be able to cope, but is processor intensive.

A service (online or broadcast) that can provide enough data

This does mean that for broadcast TV this requires a very large amount of bandwidth.    Looking at the current demo service on   ASTRA 28.2°E (see [2]) one single channel is taking 24.6Mb/s.

This compares to around 3Mb/s for standard TV channels and 5.5Mb/s for normal High Definition.

This really leaves two options at the moment, either single satellite channels per transponder (around 44Mb/s) or via a high speed internet connection.

Terrestrial transmitters using the DVB-T2 standard provide 40Mb/s.  This means that it unlikely that Freeview Ultra HD will be viable soon.   If good quality Ultra HD using HEVC can work with 13Mb/s you might be able to provide a three-channel Ultra HD service.

In the past a preview service of HD transmissions was first provided from two transmitters (the Guildford mast from July 2008 and Crystal Palace from December 2009) so it is possible that a Ultra HD Freeview preview may happen.  It is also possible that one channel may start using using half of the Com8 multiplex as it is mysteriously empty.[4]

The service to have Ultra HD source material.

Given all the above, there is one main issue: who is going to provide the source material?

For new content, it is necessary to record at the higher resolutions and have all parts of the production chain using 4k.   This is quite straightforward for a single high-value event (such as BT football match), but is harder where existing equipment is in use (in say a news studio).

Existing material created for the cinema is already in higher resolutions (film stock or digital cinema), but will require time and effort to make available.

It is probably worth noting that popular UK shows have only been made in High Definition since around 2011 (say Doctor Who Season 6), many years after the start of the "preview" HD service.


Help with High Definition?
[][][
In this section