If you live in Leicester, Derby or most of the East Midlands your digital switchover ends tonight, 31st August 2011


Viewers in East Midlands that use the Waltham full-service Freeview transmitters (and their relays) will have no analogue television from Wednesday 31st August 2011. Unless you use cable or satellite to watch television, if you don't use a Freeview box or set, your screen will be blank.

Most people need only perform a "full retune" on their Freeview box or TV, but it would be impossible with 813,298 homes covered by the transmitters, for no-one to have a problem. In particular the SDN multiplex at Waltham will be at restricted power for several weeks after the "end" of switchover, and there will be some other later changes to the Belper, Derby and Stanton Moor transmitters - see below. 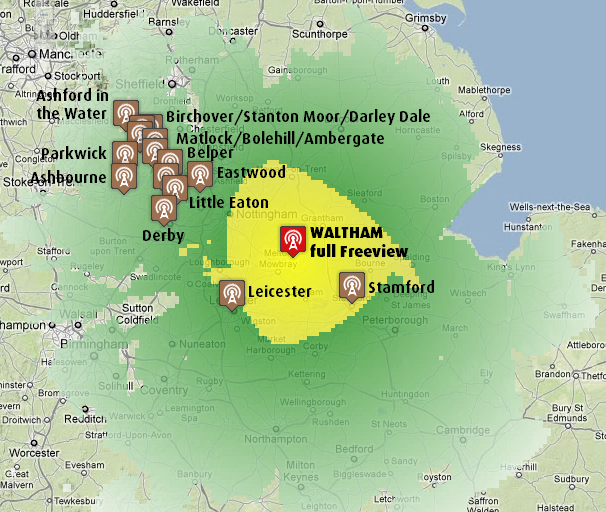 Do not expect a terrestrial television service from midnight until 6am - or a late as lunchtime on relay transmitters.

If you are over 75, get (or could get) Disability Living Allowance, Attendance Allowance, Constant Attendance Allowance or mobility supplement; or have lived in a care home for six months or more; or are registered blind or partially sighted and need assistance, please see The Switchover Help Scheme. 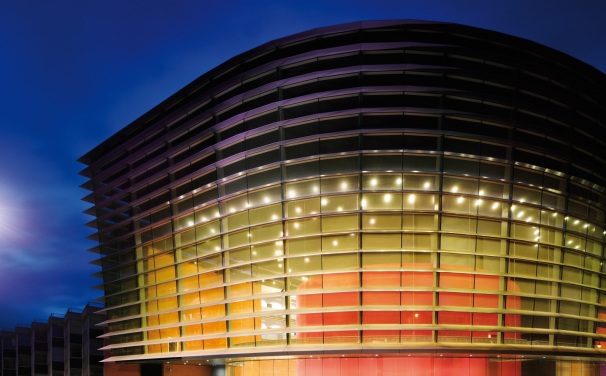 Cable (Virgin Media) and satellite (Sky, Freesat, fSfS) viewers are not affected by the changes. Remember, however, that you may be using analogue TV to watch on a second or third set and it might need a Freeview box.

If you already use Freeview, and can receive all the channels now, check your TV or box is not listed here - TVs and boxes that do not support the 8k-mode. If it is, you will need a new Freeview box.

If you are not on the list, you should scan your box from around 6am.

When you now rescan, you MUST do a "first time installation" or "factory reset" scan (sometimes called "shipping state"), not a simple "add channels". Do the procedure you did on September 30th 2009.

If you can't recall what this was, please see generic clear and rescan procedure.

Restrictions on SDN at Waltham, late changes at Belper, Derby and Stanton Moor

At the Waltham transmitter the SDN multiplex will operate on the new frequency C29 at switchover, but on low power until 12 October 2011 when it moves to full power.

At both Belper and Stanton Moor, the BBCB (Freeview HD) multiplex moves from the temporary channel C65 to the final location of C55 on 5th October 2011.

The Derby transmitter, which only provided fill-in East Midlands services to complement reception from Sutton Coldfield, will have changes on 5th October: D3+4 moves from C30 to C51, and Freeview HD launches on C52.

Please see Switch over and PC-based systems because you need some updates for your system to work.

If you live close to the transmitter, you may have to disconnect any "boosters" from your aerial system. The new, more powerful digital signals may overload any amplifiers and result in no reception! When looking for them include a check for distribution amplifiers, loft boxes, set back amplifiers, bypass Amplifiers, hidden masthead amps in a loft space and any dodgy active splitters.

If you had no Freeview service before, you will have the BBC channels digitally from Wednesday 17th August 2011. This is a single multiplex of the BBC channels (radio, television and text) for most people.

However, if you were on the fringes of reception from one of the main Freeview transmitters, you will now get all the Freeview channels.

If you didn't get this limited Freeview service on 17th August 2011 then you may need a new aerial.

If you are served by a public service (relay) transmitter Ambergate (3pm), Ashbourne (9am), Ashford in the Water (9am), Belper (9am), Birchover (noon), Bolehill (noon), Darley Dale (noon), Eastwood (noon), Leicester (9am), Little Eaton (9am), Matlock (9am), Parwich (noon), Stamford (noon), or Stanton Moor (6am) transmitters - you now need, from around lunchtime on 31st August 2011 to rescan, and you will get a second Multiplex with ITV 1, ITV 2, ITV 1 +1, Channel 4, Channel 5, Channel 4+1, E4 and More4. And that's your lot if you have a standard Freeview receiver, see Freeview retune - poor public service transmitters.

You may wish to install Freesat for more channels, see Compare Freeview Light and Freesat TV.

Everyone (except those using the Derby relay) who has digital-only terrestrial TV now has the ability to receive Freeview HD, see below.

The old analogue TV signals provided lots of nations and regions for the public service channels, and these have large areas of overlap.

The old low power digital TV signals were at very low levels and reception of signals from more than one transmitter was a rare event.

All Freeview boxes automatically scan the available broadcast frequencies looking for channels, and they do this from C21 to C69. Older Freeview boxes will, if a duplicate version of a channel is found whilst scanning, such as another BBC One region, placed it in the 800-899 channel range.

Some of the latest Freeview boxes will pick the strongest signals for the "primary" number positions, and some will detect the different regions providing a choice when you perform a "scan for channels".

The 800-899 is easy to access by pressing CH- from 1, and in most programme guides is just a single scroll up.

Freeview HD will start on Wednesday 31st August 2011 from Waltham and all the relay transmitters (except Derby, which starts on 5th October). You will need a Freeview HD - DVB-T2 receiver to watch the channels. An HD TV set with Freeview is not enough.

Help with Freeview, aerials?
[][][
In this section
Comments
D
donna
8:24 PM
Leicester
Had all freeview channels before today but now unable to get d3+4. Have trawled this site but can't find a solution. Live in LE42NZ. I understand ch26 from waltham should be weak but where is ch54? Anyone else missing ITV1, Ch4, Ch5 etc? Getting strong signals for Ch29, 56, 57, 61. Using roof aerial and set top box. Have tried a different make freeview box and still same problem. Any ideas?

donna's 1 post
B
Bern
8:56 PM
After a completely new rescan ('first time' installation) I still only have about half or less of the channels I had about a week ago. Is this because of a weak signal from Waltham, and will all channels come back once Waltham returns to full power on 12 October? Thanks.

Bern's 2 posts
Briantist
sentiment_very_satisfiedOwner
10:24 PM
Bern: Waltham is not broadcating at "low power", all multiplexes are at high power levels, with the exception of Multiplex A which is at the level it was at yesterday.

Please see "Boosters and amplifiers" at the top of the page.

Briantist's 38,844 posts
M
Michael Smith
9:36 AM
Hello
I live in Belper & have retuned again as advised yesterday. It seems that the signal quality & strength has hardly changed - is the transmitter really working at 5 times the power? I am still getting odd picture drop out on BBC & the signal quality is lower on BBC than other channels
Thank you
Mick

Michael Smith's 1 post
J
jg
3:23 PM
Briantist: Have tried everything thats listed on the page. Most of it dosen't apply as I don't have sky/consoles/boosters in the house. Might be time to have the ariel bloke in. Can't understand why when the signal was weaker there was no problem, but now its 20 times stronger I start having trouble. Ariel cable is double shielded direct connection to the equipment.Thanks for your advice.

jg's 5 posts
P
p wright
5:01 PM
Nottingham
Have retuned tv from factory settings but cannot get any bbc channels or itv channel 4 and5 we are on the waltham transmitter

p wright's 1 post
A
Angela
8:48 PM
Lutterworth
I have re-installed my Freeview channels, following the instructions on my tv. I have been doing this for a week or so now and each time, everything appears fine ... until I power off my tv (put to standby). Each time I switch it back on, most of the channels are still there but I have lost the BBC channels (even though, on re-installing, I opt to "save" the changes). I then re-install again, get the BBC channels back ... but only until next time I switch off. What am I doing wrong please?

I would first of all blank out anything already stored by carrying out a re-scan without the aerial being connected, then of course re connect before tuning, if this works just use the "add channels" facility to store the remaining four multiplexes.


jb38's 7,179 posts
J
jb38
sentiment_very_satisfiedPlatinum
9:15 PM
Angela: When this happens carry out a signal strength check (within tuning menu) whilst still on the same channel, (with blank screen) and also observe if the channel number has changed, or not even there at all!

Waltham (BBC1)Mux Ch61 and (ITV) Mux Ch54.
(that is assuming that you are receiving from there).